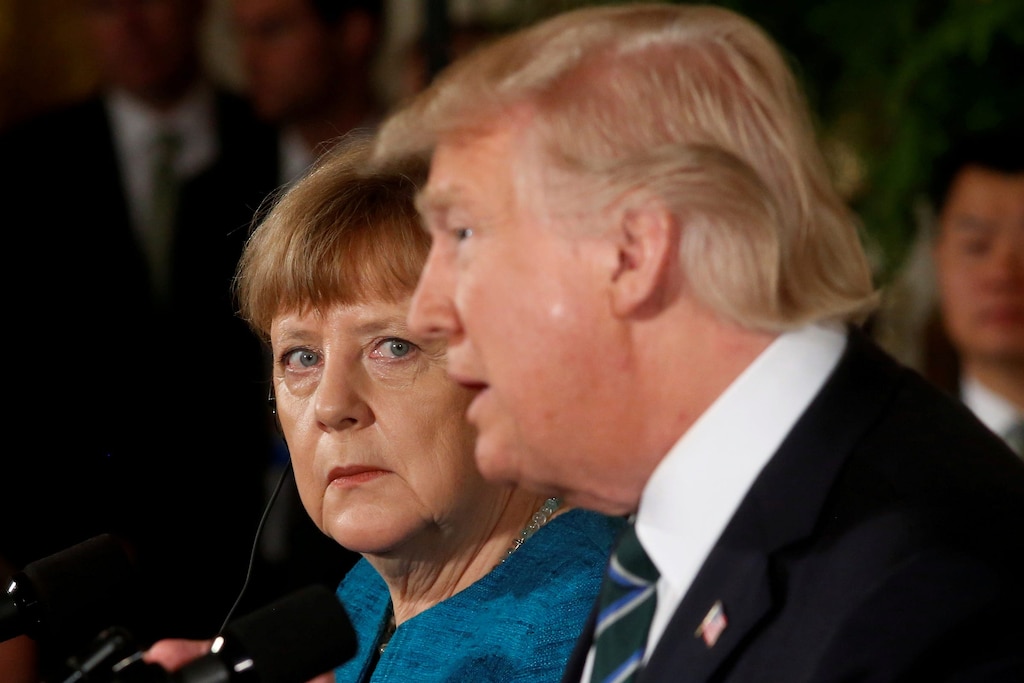 President Donald Trump has doubled down on threats to levy duties on car imports from Europe, a move that analysts warn could lead the world economy toward a sharp downturn in growth.

“If we don’t do the deal, we’ll do the tariffs,” the president said Wednesday of broader negotiations with the European Union. His administration has wielded protectionist policies in an effort to win concessions from trading partners.

A Commerce Department reportsubmitted to the White Housethis week was widely expected to present auto imports as a threat to national security, giving Trump 90 days to decide whether to follow through with threats to impose import taxes of 20% to 25% on vehicles and parts.

While that could benefit some American automakers and reduce bilateral trade deficits, it would also risk adding thousands of dollars to the price of vehicles and raises the threat of retaliatory duties that could worsen global trade tensions.

“In a worst case scenario, full­blown tit­for­tat auto tariffs could trigger a global recession,” analysts at Bank of America Merrill Lynch wrote in a research note out this week, adding they would expect growth in the world economy to fall nearly a percentage point to 1.2%.

[Read more: The failing automobile industry is pushing us toward a global recession]

By increasing the price of vehicles and imported materials, they could threaten jobs, consumer spending, and investment. The analysts estimated that they would add $2,000 to $7,000 to price tags of both imported and American-made vehicles, posing even greater risks than the global trade tensions that emerged last year.

“The auto tariffs will directly hit consumers in a way that the other tariffs have not,” the analysts said. “We have to consider the direct impact via auto sales and production as well as the indirect through a confidence shock.”

To be sure, the idea that auto tariffs would lead to a global growth recession is not the consensus.

According to Clifford Winston, a Brookings Institution economist who specializes in industrial organization and transportation, the scenario is overblown.

But he warned higher costs would most likely have uneven consequences, raising particular risks to the labor market. Areportfrom the Center for Automotive Research projects that such auto tariffs could slash up to 750,000 jobs from the US economy.

“The automakers tend to be able to take advantage of this,” he said. “They can raise prices. It’s going to ultimately hurt the workers.”

The effects of auto tariffs could be even more dismal in Europe. In Germany, which is home to companies like Daimler, BMW, and Volkswagen, cars makes up one-fifth of the country’s total exports. The US is their second-largest destination. On Saturday, German Chancellor Angela Merkelpushed backagainst the claim that German cars threatened US national security.

She pointed to a BMW plant in South Carolina, which she said was larger than those in the company’s home state of Bavaria.

“If these cars, which are no less a threat than those built in Bavaria, are suddenly a national security threat to the US, then that’s a shock to us,” she added.

Experts have already been dimming outlooks for the world economy, with expectations for especially weak growth in the eurozone. Citing existing trade tensions among some of the largest economies, the International Monetary Fund lowered its global growth forecast several times over the past year.The automobile industry has been seen as a point of particular weakness,struggling with waning demandin recent years. 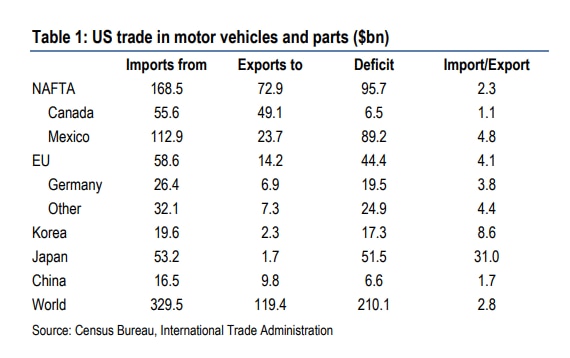