Trump said investigating his finances would be a ‘red line.’ New York prosecutors are about to cross it.

Cohen, Trump’s former longtime lawyer and fixer, appeared before the committee in an open hearing last month, where he called the president a “cheat” and a “con man,” andsaid he was involved in wrongdoing or criminal conduct.

Among other things, Cohen told the committee that Trump had inflated his assets for insurance purposes and deflated them for tax purposes.

“Who else knows that the president did this?” Rep. Alexandria Ocasio-Cortez, whoquestioned Cohen extensively about Trump’s finances, asked him.

“And where would the committee find more information on this?” Ocasio-Cortez asked. “Do you think we need to review his financial statements and his tax returns in order to compare them?” 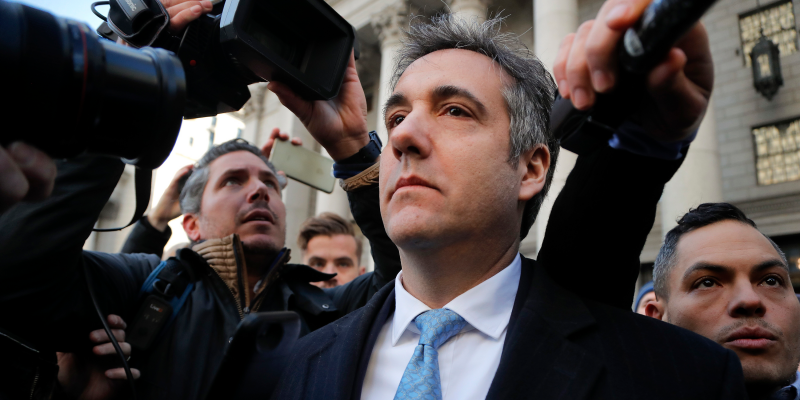 It looks like New York authorities – as well as congressional investigators – took Cohen’s cues, according to The Washington Post, which on Thursdaypublished a detailed lookat how Trump inflated his assets and net worth to authorities and investors.

On Wednesday, the House Oversight Committee announced that it had requested 10 years of Trump’s financial statements from his accounting firm, Mazars USA. The Post reported that the committee also asked Mazars for supporting documents used to produce those statements, as well as communications between the firm and Trump.

A person with knowledge of the subpoenatold USA Todaythe request sought records of communications involving Aon, Trump, and his company, as well as internal documents for related insurance coverage.

Trump’s financial worth has perhaps been thebiggest question marklooming over his real-estate career.

In 2009, hetold The Wall Street Journalhe was worth $5 billion, not including the value of the Trump brand. A month later, Trump’s accountant prepared a financial statement that said his net worth was “in excess of $3 billion.” Two years later, Trump bragged during a Comedy Central roast that he was worth more than $7 billion. In May 2016, at the height of that year’s presidential election, Trumpsaid in a press releasethat he was worth more than $10 billion.

The president has admitted that the statements he makes about his financial worth are not always based in fact.

In 2007, Trump sued the journalist Timothy O’Brien after O’Brien wrote in his book “TrumpNation: The Art of Being the Donald” that Trump’s actual net worth was between $150 million and $250 million.

In a deposition Trump gave for the lawsuit – which was eventually dismissed – he acknowledged that his net worth fluctuated based on his emotions.

Read more:Here’s a glimpse at Trump’s decades-long history of business ties to Russia

It’s not uncommon for real-estate businessmen to exaggerate their net worths. The problem arises when one inflates or deflates their net worth, or makes false representations about their financial stability, in order to mislead potential investors and authorities. 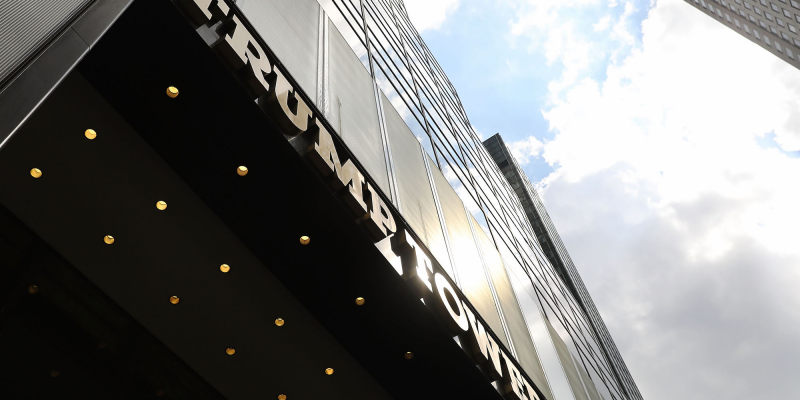 According to The Post, when Mazars USA was putting together statements of Trump’s financial stability, accountants at the firm did not verify the figures Trump provided to them, saying that it was not their job to check for their authenticity.

Trump is weathering at least 16 known investigations into his finances, his business, his inaugural committee, his campaign, and more.

For a long time, it seemed like the special counsel Robert Mueller’s Russia investigation – which examined whether members of the Trump campaign conspired with Russia during the 2016 election and whether Trump obstructed justice – posed the greatest legal threat to the president and those around him.

But over the last several months, state and federal prosecutors in New York have emerged as a bigger risk.

Investigators in the Southern District of New York (SDNY) are delving into Trump’s business dealings before the election, centering around hush-money payments that Cohen facilitated to women who said they had affairs with Trump.

Read more:New York state prosecutors indict Manafort on new charges just minutes after he was sentenced to 7 1/2 years in prison in the Mueller probe

Cohen pleaded guilty to tax evasion, bank fraud, and campaign-finance violations as part of that investigation. In their charging document, prosecutors wrote that Cohen admitted to breaking election law at the request and direction of “Individual-1,” who is widely believed to be Trump. Cohen’s allegations make Trump an unindicted coconspirator in the SDNY’s investigation, legal experts say.

Meanwhile, the US attorney’s office in Brooklyn, New York, is conducting a separate investigation into possible illegal donations made by foreign entities.

And Cohen told the House Oversight Committee the SDNY is investigating “wrongdoing or illegal acts” involving Trump that have not yet been publicly revealed. 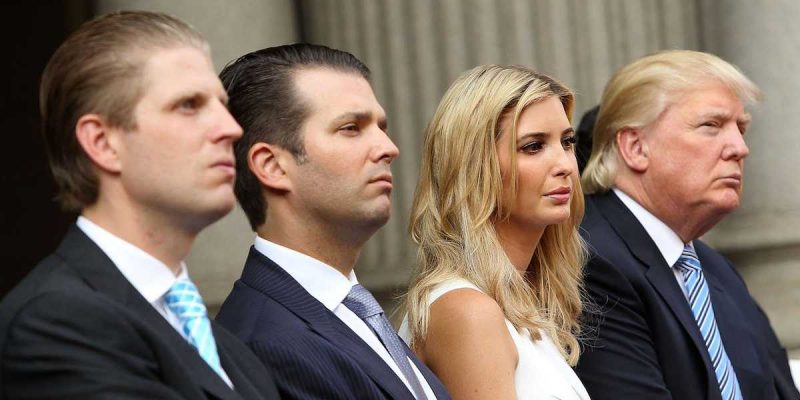 New York also has jurisdiction over the linchpin to Trump’s success: his businesses.

The Trump campaign, moreover, is headquartered at Trump Tower in Manhattan, New York, and state investigators have cited that as a key reason they want to obtain a full, unredacted copy of Mueller’s report in the Russia investigation. Specifically, they believe the document could contain evidence of criminal wrongdoing that could be subject to state charges against Trump or people in his orbit, such as his children and other family members.

New York authorities, as well as the state’s law, are also known to be tough on financial crime.

“Fraud cases are the linchpin of what most attorneys general do, and the laws are particularly strong in New York,” Paul Nolette, a political-science professor at Marquette University who studies attorneys general,told FiveThirtyEightin January.

“The Mueller investigation is the shiny object everyone is watching,” Berit Berger, a former federal prosecutor and the executive director of Columbia Law School’s Center for the Advancement of Public Integrity, told the outlet. “But under everyone’s nose are what look like much more straightforward violations of state law, including some pretty flagrant tax fraud. Depending on what happens with Mueller, that could be what actually sinks the big ship.”

It’s not just Trump who could face legal jeopardy in his home state.

People who are convicted of state crimes cannot be pardoned, and Trump’s children, other family members, and campaign associates may also see trouble ahead, as Paul Manafort, Trump’s former campaign manager, found out earlier this month.

Just minutes after Manafort was sentenced to 7 1/2 years in federal prison as a result of the Mueller probe, state prosecutors in New Yorkslapped him with a 16-count indictmentaccusing him of engaging in a yearlong fraud scheme to falsify business records and illegally obtain millions of dollars in loans.