LONDON – Theresa May has written to the European Council President Donald Tusk requesting that Brexit be delayed until June 30, 2019.

The United Kingdom is currently due to leave the EU on April 12, which is the final date before the country would be obliged to take part in the upcoming European Parliament elections.

However, May told Tusk on Friday that she is “reluctantly” asking for a flexible extension lasting around two and half months, which could potentially end earlier if she can ratify a Brexit deal in the UK parliament in the coming weeks.

“It is frustrating that we have not yet brought this process to a successful and orderly conclusion,” the prime minister told the EU leaderin a letter published this morning.

“If the parties are able to ratify before [June 30], the government proposes that the period should be terminated early.” 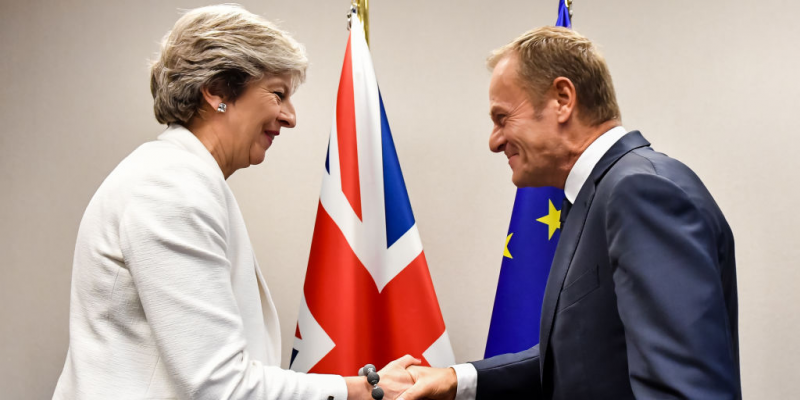 May’s proposal is identical to the terms of her original request that Brexit should be delayed beyond its original deadline of March 29.

This request was rejected by the EU at the time and senior figures in Brussels are now reportedly planning to offer a much longer delay to May when European leaders gather at an EU summit next week.

European Council President Tusk is ready to offer the UK a 12-month “flexible” extension that could end earlier once MPs in Westminster agrees a withdrawal deal,senior sources have told the BBC.

The EU’s proposed delay means that the UK would not be due to leave the EU until March 31, 2020.

The offer has been labeled as a “flextension” in an apparent attempt to help the prime minister, who has previously refused to countenance the idea of a long extension, to sell the plan.

However, the Article 50 process, through which the UK is due to leave the EU, already allows a member state to withdraw from the bloc early once an agreement is reached.

Any extension would need to be agreed unanimously by EU member states and approved by the UK parliament, under the terms of a backbench bill currently working its way through the Houses of Parliament.

Some member states, including France, are sceptical about a long extension.

Senior members of May’s Cabinet are also reportedly poised to quitif she accepts a long extension that takes the UK beyond the upcoming European Parliament elections next month.