For nearly its entire history, Tesla has been pegged as a tech company – a creation of Silicon Valley, where the firm is headquartered.

By “tech,” I don’t mean “technology.” Major automakers are awash in technology and have been for more than a century. They aren’t sitting around Detroit with great big hammers banging on rusty hunks of iron.

Rather, I mean the software and the culture that pervades Silicon Valley, where billion-dollar businesses can be quickly built by companies with a dozen laptops, some Amazon server space, and cold brew on tap. Tesla has never really been in this industry. Instagram weighed literally nothing before it was acquired by Facebook. Tesla’s first viable product, the original Roadster, tipped the scales at 3,000 pounds.

For years, a large number of Tesla bulls on Wall Street and boosters of the company elsewhere have been trying to jam the round peg of a carmaker into the square hole of a software firm (or a consumer-electronics enterprise, if you like the Apple analogy). Their argument, weak to begin with, collided headlong with reality on Wednesday when Tesla reported awful first-quarter earnings, losing about $700 billion on greatly reduced revenue of about $4.5 billion (a huge dip from the previous quarter’s more than $7 billion total).

Getting cars to customers is harder than it looks 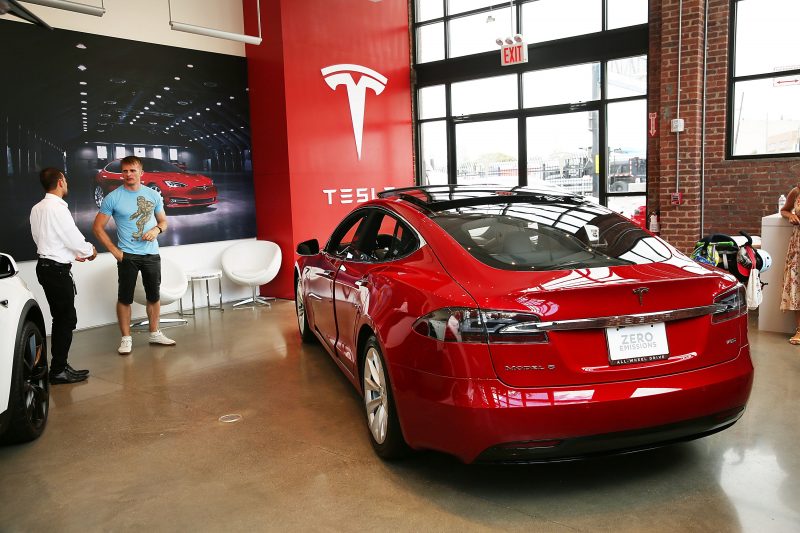 The loss is easy to explain: Tesla built 63,000 Model 3 vehicles in the first quarter (the remaining production amounted to about 12,000 Model S and Model X cars), and because it operates a single assembly plant on the West Coast, it struggled mightily to get cars to customers, especially outside the US.

Tesla is now the leading electric-car manufacturer on the planet, so this particular challenge should only get worse if demand holds up at current levels. Tesla’s system of getting cars to its customers is its biggest liability right now. Financially, it resembles what happens when large automakers experience a sales collapse (when they also can’t book deliveries). In 2005, for example, Ford notched a modest profit in the fourth quarter, but a year later, the No. 2 US automaker lost $6 billion – and more than $12 billion in 2006. The company didn’t return to full-year profitability until 2010.

Because the car business is staggeringly expensive to run, there needs to be some compensation to even attempt to be in it – and that’s the equally staggering amount of cash that automakers see slosh through their operations. Cars are very expensive things. Tesla’s sell for between $40,000 and $150,000. Hence the revenue surge in the second half of 2018 for Tesla.

Of course, if you can’t smoothly execute in this context – even absent an outside shock to sales – then when you lose money, you losea lot of money. The leaders of big car companies know this and manage their businesses accordingly. Musk is starting to figure it out, and that’s why he was quite subdued during Wednesday’s earnings call with analysts after the crummy numbers were announced. He was a Ph.D. candidate in physics before he became the Thomas Edison of Silicon Valley – and the laws of physics say that if you can’t move a 2 ton machine from California to Europe in a timely manner, you’ll have to wait to get paid. 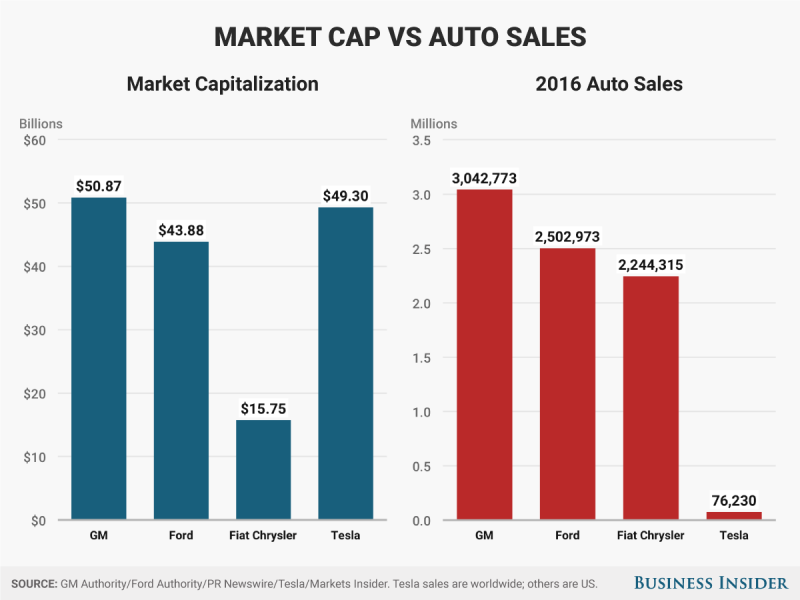 In many ways, this situation highlights the bind that Tesla is in as a public company. We forget that Tesla raised just $226 million in its 2010 IPO, with its stock trading at around $20 for several years thereafter. In about a decade, Tesla has gone from being completely insignificant to being sort of important, selling about 250,00 vehicles last year. Its market capitalization, meanwhile, has surpassed Ford’s and at times exceeded General Motors’.

That obviously doesn’t compute, but there is one useful takeaway: Tesla is chewing into the auto industry and making exceptional progress at proving the case for electric vehicles.

But the more market share Tesla amasses, the more its economics are going to be car-company economics. I don’t mean to diminish the company’s software-powered technologies – on examination, what it’s doing with full-self-driving tech is astonishing, as we learned during its autonomy-focused investor day this week. But clearly, logistics hell has now supplanted production hell as Tesla’s biggest obstacle.

Tesla can fix this, but it’s going to take a while. Debugging the real world is time consuming. On the plus side, car companies, just like Tesla, have been doing it for 100 years.