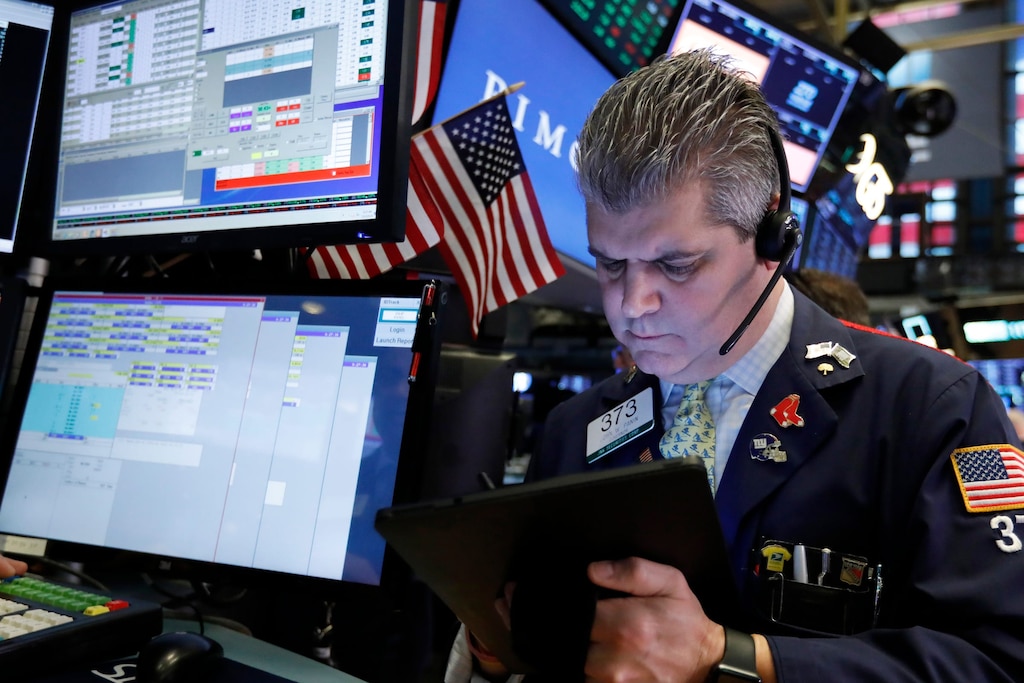 Wall Street reversed gains Monday, ending lower after disappointing economic data and as a trade-fueled rally ran out of steam.

The Dow Jones Industrial Average fell about 200 points, or 0.78%. The S&P 500 shed 0.38%, and the Nasdaq Composite lost 0.23%. Healthcare, financial, and retail companies were among the biggest decliners.

While 2018 was a record year for construction in the US, according to a report out early Monday, activityunexpectedly slowedin December. The Commerce Department said construction spending fell 0.6% that month, compared to economist expectations for a 0.2% increase.

The surprise fall in both private and public building activity underscored expectations for the economy to slow in 2019 as stimulus fades and tariffs disrupt trade.

Financial markets had been higher earlier on Monday followingreportsthat the US and China could reach a deal to lower tariffs at a summit later this month. Market watchers appear to be cautiously optimistic, however, with trade-sensitive stocks likeBoeing(-0.8%) falling later in the day.

“We share much of the market optimism and remain overweight stocks,” said Jon Gordon, a strategist at UBS Global Wealth Management. “But with many potential market pitfalls remaining, we caution against over-exuberance. Both the US and Chinese governments still appear wedded to a mercantilist view of trade.”

Oil prices rose about 1% on reports that OPEC production has fallen, underscoring further expectations for the cartel to reign in coordinated output levels. The international benchmark Brent was trading around $65.50 per barrel, and West Texas Intermediate just above $56.

Thedollarclimbed against a basket of peers, and Treasury yields were lower.