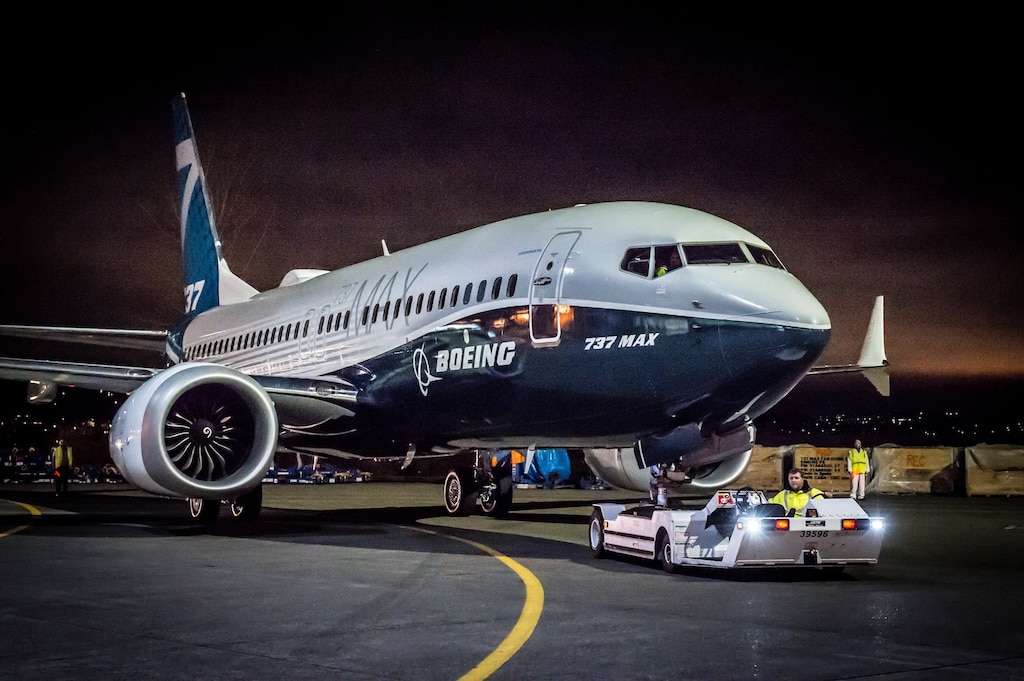 Boeing shares have soared 34% this year,contributing 812 pointsof the index’s 2,807-point gain so far this year. Without Boeing’s contribution, the index would be up about 8% YTD. 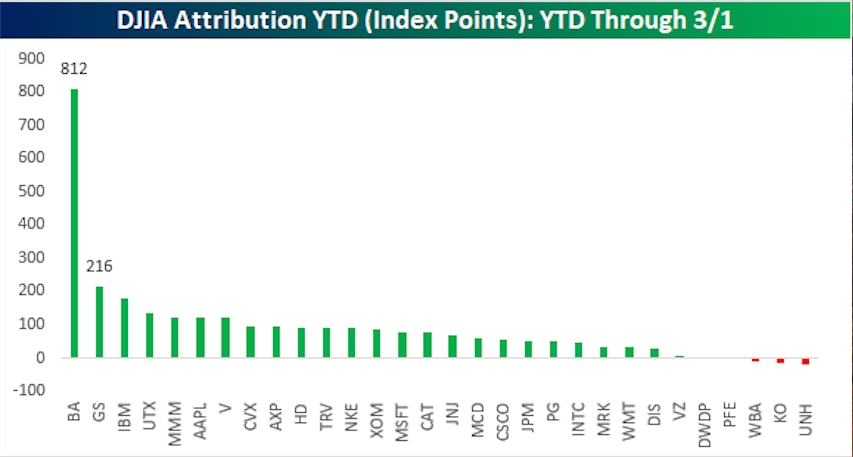 Unlike the Dow, the S&P 500 is weighted by market cap, meaning Microsoft the heaviest weighting. By comparison, Boeing commands the 15th biggest weighting of S&P 500 names.

Such effects cut both ways and a 10% move in Boeing’s stock would move the DJIA index by over 250 points. The second-highest contributor to the Dow is Goldman Sachs, responsible for about 8% of the YTD gain.

Boeing shares were trading near all-time highs thanks to strong fundamentals and solid earnings growth based onthe planned launch and development of the 777X,the largest and most-efficient twin-engine plane.

On January 30, Boeing reporting strong quarterly results, withannual revenues topping $100 billion for the first time. The company forecast full-year 2019 earnings of between $19.90 and $20.10 a share, well ahead of Wall Street expectations.