North Korea demanded $2 million from the US for hospitalizing Otto Warmbier, who went into a mysterious coma

North Korea demanded $2 million from the US for medical care provided to Otto Warmbier, a US college student who was detained in Pyongyang, where the young man slipped into a mysterious coma from which he would never awake,the Washington Post’s Anna Fifield reports.

North Korea required the US to agree to paying the $2 million before releasing Warmbier, according to The Post, but the bill went unpaid immediately after Warmbier’s return.

North Korea sentenced Warmbier to 15 years of hard labor in the country’s notorious prison camps that harbor thousands of political prisoners. His alleged crime was trying to take a poster from a hotel. North Korea deemed this a “hostile act against the state.”

Read more:Putin broke the habit of a lifetime and didn’t show up late for his first-ever meeting with Kim Jong Un

“I didn’t realize what a negotiation it was going to be to secure his release,” Flueckiger reportedly said, explaining that the North Koreans expected him to write a report on the care Warmbier had received. While the doctor dealt with that issue, Yun was being handed a $2 million medical bill. 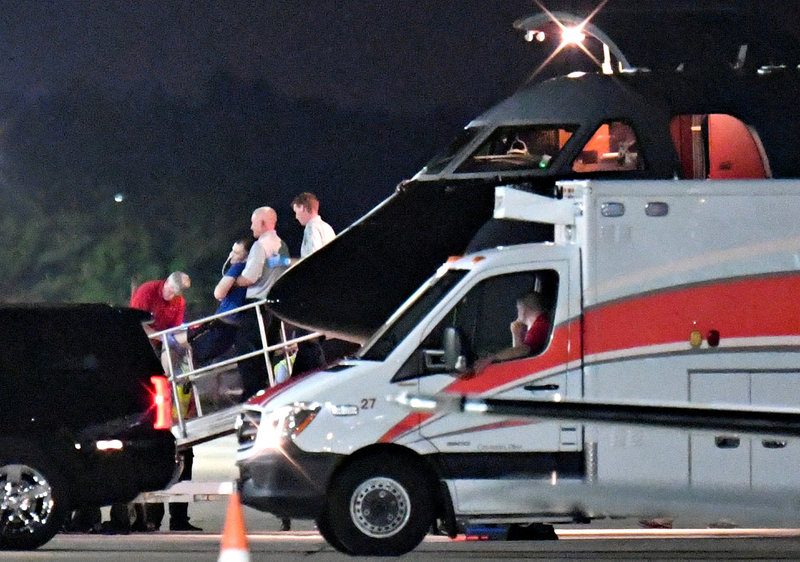 Foto: FILE PHOTO: A person believed to be Otto Warmbier is transferred from a medical transport airplane to an awaiting ambulance at Lunken Airport in CincinnatisourceThomson Reuters

Yun called then Secretary of State Rex Tillerson, who called President Donald Trump. Yun was instructed to sign off on the bill, two sources told The Post.

Warmbier’s family celebrated the boy’s return, but that joy was short lived. Warmbier died shortly after returning, as doctors saw no way to save him.

North Korea claimed Warmbier contracted botulism and went into a coma after taking a pill to help him sleep, despite reportsthat he was tortured. At the time, doctors examining Warmbier found no evidence of physical abuse. Flueckiger reported that the Warmbier had received “really good care,” an observation the Warmbier family disputes.

“Would I have lied to get him out of there? Maybe I would have. But I didn’t have to answer that question,” he revealed.

The president previously tweetedthat Otto “was tortured beyond belief by North Korea.”

Later, Trump wouldtake Kim’s word for itthat he had no knowledge of anything bad happening to Warmbier. This prompted a fiery rebuke from the Warmbiers.

Fred and Cindy Warmbier, Otto’s parents, sued North Korea over their son’s untimely death. A US judge ruled in their favor, stressing that it was appropriate to punish North Korea for the “torture, hostage taking and extrajudicial killing of Otto Warmbier.”