Donations are already flooding in for the five-year-old boy thrown from a third-floor balcony at the Mall of America near Minneapolis on Saturday.

Authorities said Saturday evening the boy remains hospitalized with serious injuries. AGoFundMepage has already raised nearly $350,000 out of a $500,000 goal.

The creator of the crowdfunding campaign, who identified themselves as a family friend of the boy’s parents, said the boy is in stable condition, but has a “long road to recovery ahead of him.”

“He is the sweetest kindest 5 year old you will ever meet. His soul is soft and gentle and instantly brings a smile to everybody he meets,” the page says. “He is full of energy and life and enjoys soccer, playing with friends and family and playing hockey with his brother and sister.”

Bloomington police Chief Jeffrey Potts said during a news conference Saturday that the boy fell nearly 40 feet after a man who apparently didn’t know the boy or his family threw him off the balcony Friday. Authorities haven’t released the boy’s name and say his family has requested privacy.

Potts said he couldn’t give an update on the boy’s status, except to say that he’s being cared for at the hospital and that his parents are with him. Hospital officials haven’t responded to requests for a status update.

Emmanuel Deshawn Aranda, 24, of Minneapolis, was arrested at the mall’s transit station after the attack and is jailed on a suspicion of attempted homicide charge. Potts credited bystanders and mall security for his quick capture.

“This is a horrific situation,” Potts said.

Read more:Man who allegedly pushed 5-year-old from Mall of America balcony has history of police run-ins at the scene of the crime 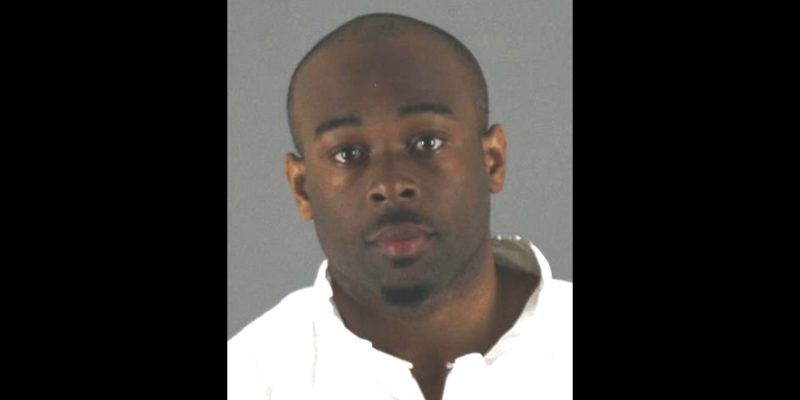 Foto: This undated photo provided by the Bloomington, Minn., Police Department, shows Emmanuel Deshawn Aranda, who was arrested in connection with an incident at the Mall of America where a 5-year-old boy plummeted three floors Friday, April 12, 2019, after being pushed or thrown from a balcony.sourceBloomington Police Department via Associated Press

Potts said investigators don’t believe Aranda knew the boy’s family and do not have a motive.

A witness, Brian Johnson, told WCCO-TV on Friday that he heard a woman scream that her child had been thrown from the balcony. He said she was screaming, “Everybody pray, everybody pray. Oh my God, my baby, someone threw him over the edge.”

Court records show that Aranda has a history of convictions for misdemeanor offense. He wascharged in two previous incidentsat the mall in 2015. Potts said some of those cases were handled through mental health court, but he didn’t elaborate. At one point, Aranda had a trespass notice banning him from the mall, but it was no longer in effect, Potts said.

Jail records don’t list an attorney for Aranda. Potts said he expects to submit the case to Hennepin County prosecutors for charges by noon on Monday.

The 4.2-million-square-foot Mall of America is in Bloomington, about 10 miles south of Minneapolis. It opened in 1992, has more than 520 stores and is visited by 40 million visitors annually, according to its website.