There have been 146,000 Tesla (NASDAQ: TSLA) Cybertruck orders so far, according to a tweet by Elon Musk. That would be pretty impressive if it were accurate. Unfortunately, Musk was just doing what he does best: misleading the public.

There have been zero Tesla Cybertruck “orders.” Nobody has purchased a Tesla Cybertruck, which, when fully loaded, can cost upwards of $80,000. There have been 146k “orders” of queue passes. Those cost $100 each and they’re refundable. On top of that, the people who placed deposits still have almost two years to change their minds before the truck is actually released in 2021.

It’s like if you said in July that one million people will definitely be storming and breaking down the doors of Area 51. In reality, one million people clicked “interested” on a Facebook event. And ultimately, only about 40 people ended up showing up to the gates of the Air Force facility before a few cops made them scatter.

An alternate take that’s just as real as Musk’s tweet: Perhaps 10k people fully intend to buy a Cybertruck and 136k teenagers are trying to impress their latest crush. Musk responded to his own tweet, adding that these orders came out “with no advertising & no paid endorsement.” I’m pretty sure the Area 51 event creator didn’t use any advertising or paid endorsements either. Could this be the beginning of a blossoming business partnership?

Elon Musk Has Been Wrong, A Lot

This is far from the first time Musk has stretched the truth in an attempt to appear superior. He’s currently on trial for calling a cave-diver a “pedo guy” and a “child rapist.” Why would he do such a thing? Because the diver, who helped rescue a boy’s soccer team trapped in underwater caves, didn’t like Musk’s idea to use a submarine.

Just a few days ago he mistakenly badgered a short seller of Tesla stock on Twitter. Musk proclaimed victory over the short-seller Jim Chanos. Chanos was quick to debunk the claims and Musk deleted his tweet.

And of course, just over a year ago, the SEC sued Tesla and Musk $40 million when the CEO lied about taking the company private. In August 2018, Musk tweeted that he could take the company private at $420 per share. This caused Tesla’s stock price to jump six percent. The SEC later determined that these claims were unfounded. No price buyout price had been discussed, Musk was again just doing what he does best: misleading the public to make himself look better. 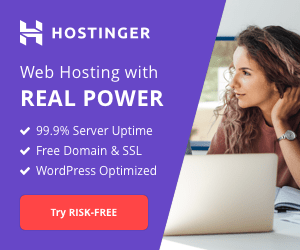