Pete Buttigieg, the openly gay Democratic presidential candidate, told Vice President Mike Pence in a fiery speech on Sunday that his marriage to his husband “moved me closer to God.”

Pence, a conservative Christian, has openly discussed his opposition to same-sex marriage and LGBT rights. In 2006, he argued on the House floorthat being gay was a choice and that keeping gay people from marrying was not discrimination, but a fulfilment of “God’s idea.”

Read more: Here are some of Mike Pence’s most controversial stances on gay rights, abortion, and smoking

Speaking at the LGBTQ Victory Fund Champagne Brunch in Washington, DC, on Sunday, Buttigieg, an Episcopalian Christian who used to be Catholic, discussed his own struggles with his identity.

Buttigieg said: “I would have done anything to not be gay … It’s hard to face the truth that there were times in my life when, if you had shown me exactly what it was inside me that made me gay, I would have cut it out with a knife.” 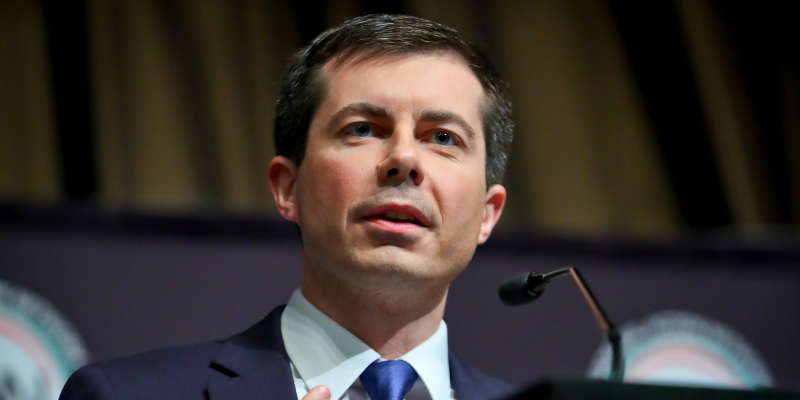 Foto: Buttigieg in New York on April 4, 2019. He spoke emotionally about his struggle to reckon with his sexuality in a Sunday speech.sourceAssociated Press

He also discussed his personal experience coming out in 2015, saying: “If I had not deployed to Afghanistan I would never have found the courage to come out.

“There’s something that happens to you when you write a letter and put it in an envelope and write ‘just in case’ on the outside, leave it where your family can find it if they have to. It forces you to realize that you only get one life.”

“My marriage to [husband] Chasten has made me a better man. And yes, Mr Vice President, it has moved me closer to God,” he added, prompting applause.

Buttigieg, who regularly discusses his faith, was baptized and raised Catholic, but is now an Episcopalian. It’s not clear when he converted. The Episcopalian Churchwelcomes LGBT members, and in 2003 consecrated its first openly gay bishop. 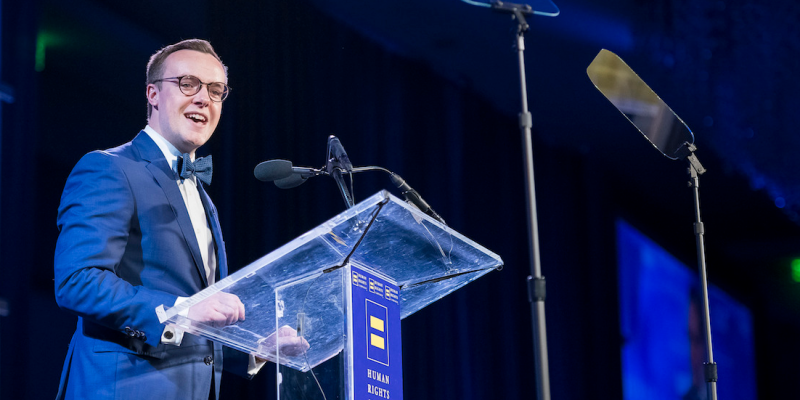 Foto: Pete Buttigieg’s husband, Chasten Buttigieg, speaking in Houston on April 6, 2019. Pete Buttigieg said his marriage to Chasten “has made me a better man.”sourceAnthony Rathbun/AP Images for Human Rights Campaign

“Speaking only for myself, I can tell you that if me being gay was a choice, it was a choice that was made far, far above my pay grade,” he said.

“And that’s the thing I wish the Mike Pences of the world would understand … If you’ve got a problem with who I am, your problem is not with me. Your quarrel, sir, is with my creator.”

Trump received a medical exemption from the Vietnam War for having bone spurs – a diagnosis that has been subject to skepticism, as the president appears not to have them now.

Buttigieg said: “The struggle is not over when transgender troops, ready to put their lives on the line for this country, have their careers threatened with ruin one tweet at a time by a commander in chief who himself pretended to be disabled to get out of serving when it was his turn.”

Read more: Trump biographer examined his feet for bone spurs that helped him avoid Vietnam but ‘didn’t see anything’ 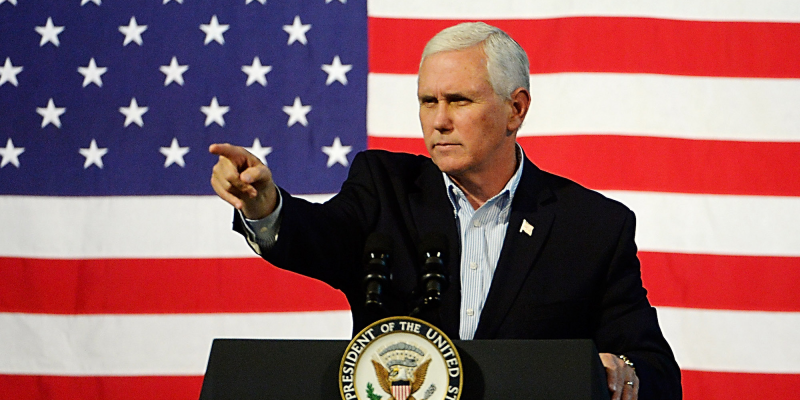 Foto: Pence has been vocal about his opposition to same-sex marriage in the past.sourceSara D. Davis/Getty Images

During his first run for Congress in 2000, Pence suggested that federal money used to fund HIV/AIDS research should be diverted “conversion therapy” programs, which attempts to change people’s sexual orientation.

In 2010, he also voted against repealing “Don’t Ask, Don’t Tell,” a policy that would have allowed LGBT Americans serve openly in the military.