College student files lawsuit against the Chinese billionaire founder of JD.com, after US prosecutors declined to charge him in alleged rape

A University of Minnesota student who says she was raped by Richard Liu Qiangdong, the billionaire founder and CEO of the Chinese e-commerce giant JD.com, filed a lawsuit against him on Tuesday.

Liu Jingyao filed the civil suit four months after the district attorney in Minneapolis declined to launch criminal proceedings against Liu, citing a lack of evidence.

The lawsuit accuses Richard Liu and JD.com of a combined six counts of false imprisonment, civil assault and battery, and sexual assault or battery, Reuters reported. It seeks at least $50,000 in damages.

The CEO and student are not related; Liu is a common Chinese surname.

The CEO denies the claims. “We have not yet reviewed the complaint and are not going to comment on pending litigation, but based on the Hennepin County Attorney’s declination to charge a case against our client and our belief in his innocence, we feel strongly that this suit is without merit and will vigorously defend against it,” Jill Brisbois, Richard Liu’s personal lawyer, told Business Insider in a statement.

Peter Walsh, the counsel for JD.com, told Business Insider in a statement that “we will vigorously defend these meritless claims against the company.”

Reports say the lawsuit claims the student was invited to a high-powered networking dinner, given alcohol, and coerced into Liu’s limousine. It reportedly says that she was driven home by Liu’s driver and that Liu raped her in her apartment.

The Minneapolis police arrested Liu over the rape accusation in August and released him the following afternoon. No restrictions were placed on his travel, and he returned to China days later.

Read more: JD.com CEO plunged from 16th richest man in China to 30th after being arrested in the US over a rape accusation

The Hennepin County Attorney’s Office announced last December that it would not press criminal charges against Liu, citing “profound evidentiary problems.” It said the nature of the evidence meant it was “highly unlikely” that prosecutors could prove any charge beyond a reasonable doubt.

Liu, one of China’s richest men, would have faced 30 years in prison if found guilty of first-degree criminal sexual misconduct. 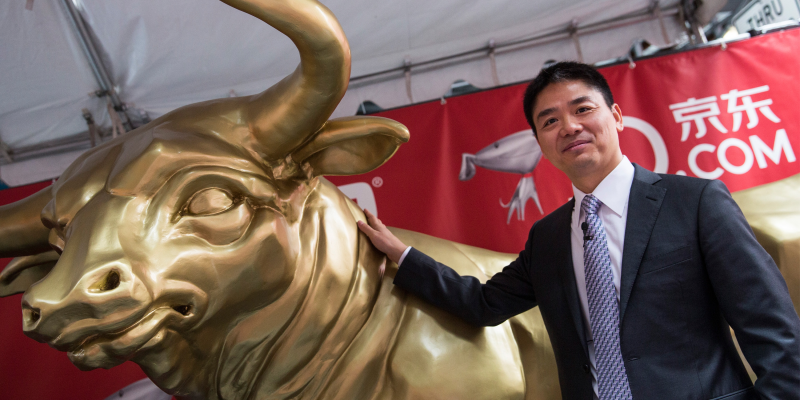 According to Bloomberg, the lawsuit said that in August, Richard Liu pressured Liu Jingyao to drink excessive amounts of alcohol at a networking dinner attended by more than a dozen Chinese executives.

The lawsuit said the student felt forced to drink as the executives toasted her, with JD.com’s CEO saying she would dishonor him if she did not join in, the Associated Press reported.

She was a 21-year-old undergraduate at the University of Minnesota at the time, the reports said.

Richard Liu had been in Minneapolis for a residency as part of a business-administration program.

The student was invited to the dinner at a Japanese restaurant by another executive on Richard Liu’s program whom she met at university jogging sessions, Bloomberg reported the lawsuit as saying. The executive did not mention that Richard Liu specifically asked her to join the dinner, Bloomberg said. 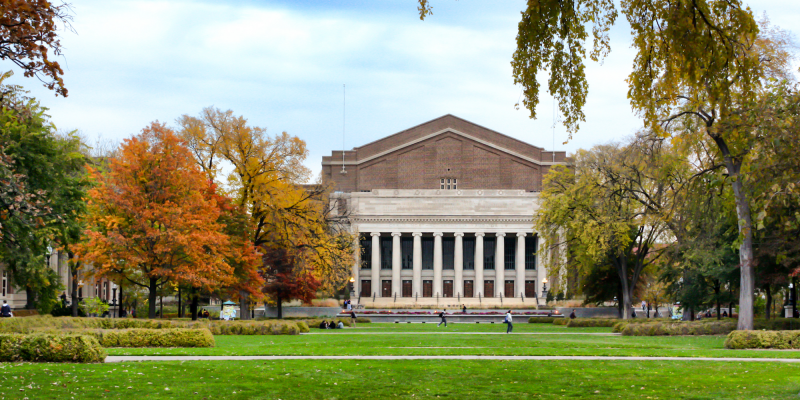 Foto: The University of Minnesota, where Liu Jingyao went to school and where Richard Liu attended a weeklong course.sourceKen Wolter/Shutterstock

The student alleged in her filing that a Chinese executive bought 32 bottles of wine with a JD.com corporate card at the dinner, then paid for the meal with the same card, according to Bloomberg.

The lawsuit said Richard Liu then took the student into a limousine and “began to grope and physically force himself upon the plaintiff,” Bloomberg reported. The reports say he ignored her pleas to stop.

Another woman affiliated with JD.com had been riding in the limousine with them after the dinner, the lawsuit reportedly added, though it’s not clear whether and when she left the vehicle.

According to the lawsuit, cited by Bloomberg, when the CEO and the student arrived at her apartment, he took off his clothes and lay on her bed naked. The lawsuit reportedly said she repeatedly asked him to stop and never consented to any sexual actions.

The court document added, according to Bloomberg: “Defendant Liu was physically larger in size and significantly stronger than the plaintiff and used his superior size and strength to subdue and rape her.”

The above description is similar to a report published by the Minneapolis Star Tribune last Novemberthat detailed the allegations. Liu denied those allegations at the time, and his lawyer called the story “one-sided.”

Tuesday’s lawsuit is the first time the complainant’s name has been made public. 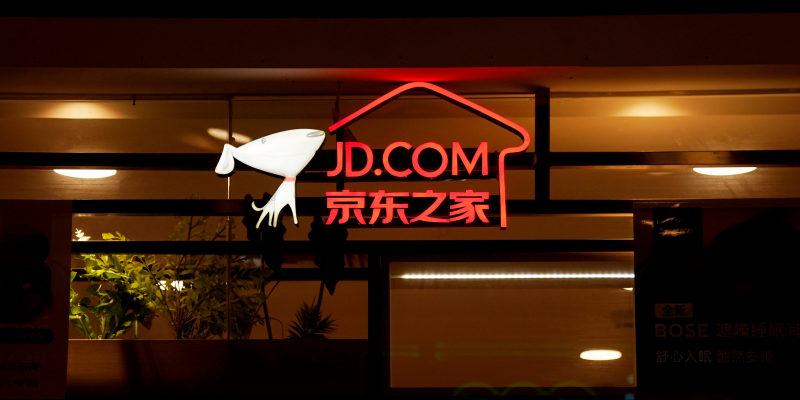 Foto: A JD.com sign at a Shanghai mall. The company is also implicated in the lawsuit.sourceReuters

Liu Jingyao added in the lawsuit, according to Bloomberg, that she secretly sent a WeChat message to a friend to say she had been sexually assaulted and that the friend called the police.

When officers arrived at the apartment to arrest Liu, the student said she had been raped, and the CEO stared angrily at her and said “What the hell?” in Mandarin, Bloomberg reported.

She also told officers that Richard Liu was wealthy and powerful in China and that she feared for her and her family’s safety in future visits to China, the lawsuit said, according to Bloomberg.

The arrest appears on police body-camera footage, the lawsuit said. The footage has not been made public.

The filing names both Liu and JD.com as defendants. According to Reuters, the filing said JD.com was “vicariously liable” for Liu’s actions because the accusations centered on what was “seemingly” a work function and because two other JD.com employees were said to be present for part of the incident.

Read more: A Chinese tech billionaire has been accused of plying a student with drink and then forcing himself on her during a trip to the US 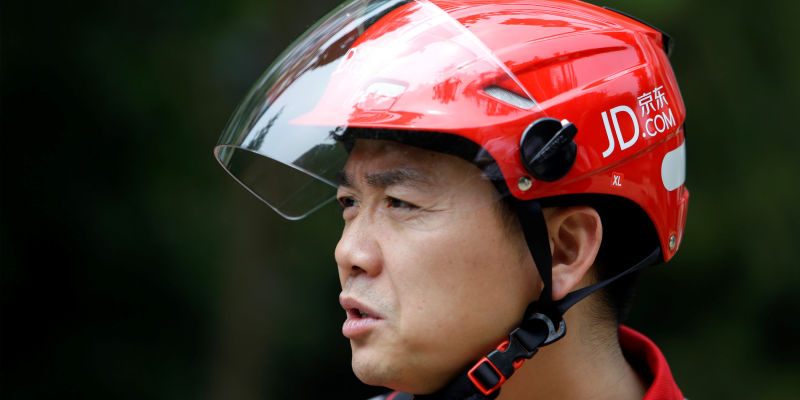 Foto: Richard Liu in Beijing. He has long fostered an image of being hardworking and family-oriented.sourceReuters

According to Reuters, the lawsuit said the incident prompted the student to withdraw from all her classes during the fall 2018 semester and seek professional treatment.

“We are proud of the incredible courage our client has shown revealing her name for all the world to see, so that justice may be done,” Florin Roebig, one of the law firms representing Liu Jingyao, said in a Tuesday statement cited by Reuters.

Business Insider has contacted the Hennepin County Attorney’s Office for comment on the lawsuit. 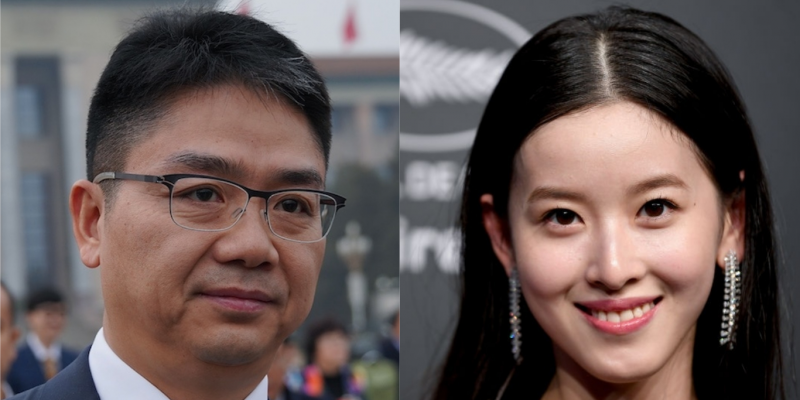 Liu has long fostered a reputation of being a workaholic and a family man.

“I hope that one day when I retire that my workers will all be able to say: ‘He was a good guy.’”