LONDON – Members of Parliament have rejected all remaining alternatives to Theresa May’s Brexit deal after the prime minister’s own agreement failed to pass three times in a row.

The House of Commons on Monday took part in another series of “indicative votes” on Brexit alternatives after rejecting the withdrawal agreement the prime minister has negotiated with the European Union for a third time last week.

Parliament rejected remaining in the EU Customs Union by a margin of just three votes. It also rejected plans to remain in the single market, to hold a second referendum, and to cancel Brexit altogether by revoking Article 50.

Votes held by the Commons last week on leaving the EU without a deal were also defeated.

Pro-European politicians had hoped that Monday’s motion on remaining in the customs union would pass after being defeated by just eight votes last week.

But while the motion was backed by the opposition Labour Party, other opposition MPs refused to back it in favour of backing the motion for a second referendum instead.

How Members of Parliament voted on Brexit

The failure to find an alternative to the prime minister’s deal means that Britain remains in political deadlock with less than two weeks to go until Britain is due to leave the EU on April 12.

Failure to find an agreement by April 10 would force the United Kingdom into either leaving the EU without a deal, or requesting a lengthy delay to Brexit, which would force it to take part in the upcoming European Parliament elections.

Responding to the result, Brexit Secretary Stephen Barclay said Parliament would now have to back May’s deal.

“This is now the second time the House has considered a wide variety of options for a way forward. It has once again failed to find a clear majority for any of the options,” he said.

“Therefore the only option is to find a way through which allows the UK to leave with a deal. The government continues to believe that the best course of action is to do so as soon as possible,” he added.

Jeremy Corbyn, the opposition Labour Party leader, called for third round of indicative votes on alternatives.

“It is disappointing that no solution has won a majority this evening but I remind the House that the Prime Minister’s unacceptable deal has been overwhelmingly rejected three times,” he told the Commons.

“The margin of defeat for one of the options tonight was very narrow indeed and the Prime Minister’s deal has been rejected by very large majorities on three occasions.”

“If it is good enough for the Prime Minister to have three chances at her deal then I suggest that possibly the House should have a chance to consider again the options that we had before us today, in a debate on Wednesday, so that the House can succeed where the Prime Minister has failed, in presenting a credible economic relationship with Europe for the future that prevents us crashing out with no deal.”

Following the result, Conservative Party MP Nick Boles, who fought for MPs to be allowed the votes on Brexit alternatives, said that he would now resign from the party in protest of his party’s refusal to compromise.

“I have given everything to an attempt to find a compromise,” he told the Commons.

“I accept I have failed. I have failed chiefly because my party refuses to compromise. I regret therefore to announce that I can no longer sit for this party,” he said.

A fourth vote on May’s deal? 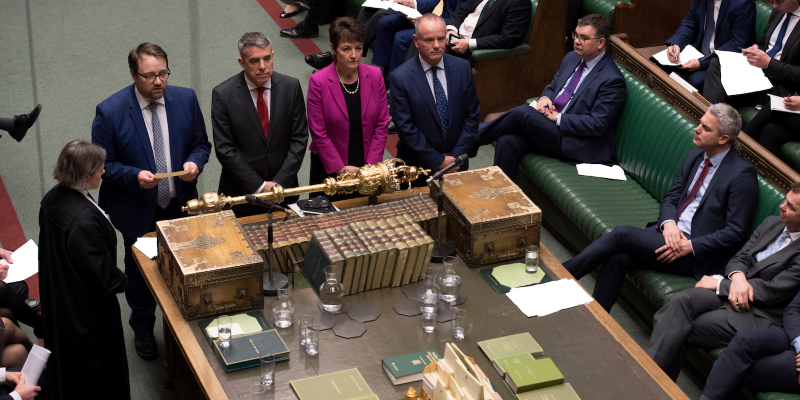 May’s government is considering bringing May’s deal back for a fourth vote this week.

Some aides believe that a vote for the customs union could boost support for the deal among Conservative MPs who are desperate to avoid a softer Brexit.

May is also considering plans to bring Labour MPs on board by offering Parliament a greater say in the second phase of Brexit negotiations.

The government will make clear its plans for another so-called meaningful vote after Monday evening’s Commons vote on different Brexit options.

However, bringing back the vote for the fourth time could prove difficult, given that the House of Commons speaker has suggested he would block any move for the deal to be voted on again.