By CCN Markets: The breakneck Dow Jones(DJIA) rally looks to be faltering. Spearheading the decline was Boeing stock (NYSE: BA), which struggled after an FAA official said there was no timeline for the 737 MAX to return to service.

Boeing Stock Drags on the DJIA

The Boeing tailspin began after FAA spokesman Greg Martin responded to reports that the 737 MAX could fly again by August by stipulating that there is “no timetable” for that event.

The FAA has “no timetable for allowing the 737 MAX to resume flying and will act only when it is safe to return to service,” Martin said.

It is no secret that Boeing isno longer the darling of the Dow, despite its heavy weighting in the index.

Even so, Trump’s sudden reversal on Mexican tariffs, combined with a seemingly-impending Federal Reserve rate cut, BA shares had enjoyed a moderate resurgence amid a broad market rally.

As the market sours, Boeing stock has all but erased these gains and proved a laggard to an otherwise-buoyant Dow Jones. With no apparent fundamental reason for the Dow’s broader struggles intraday, it is easiest to point to simple buying fatigue given the incline of the recent rally. However, given the wider market dynamics ofa slowing Eurozone economyand the ongoing damage from tariffs, today’s pullback could indicate a lack of conviction in the strength of the DJIA recovery.

Or perhaps in its most heavily weighted company.

The Dow contains many domestic staples, but Boeing has a genuinely international outlook. As the largest exporter of thenation’s third-largest export, the ramifications of a trade dispute were always going to hit this stock disproportionately hard.

Perhaps ominously for BA, investors appear to have priced a generous helping of optimism into the shares. Whether based on the eventual return of the 737 MAX to the skies or a resolution to the trade war, there are significant tail-risks to both assumptions.

Regarding the former, American Airlines CEOwent out on a limbto state his belief the 737 MAX would be flying in the very near future, despite the airline’s decision to cancel many planned flights over that period.

“No one should take that as an indication that we don’t think the aircraft will be ready by Aug 19. We wouldn’t be selling seats today if we didn’t think it was highly likely (…) that we’d be able to provide that service by Sept. 3.”

However, as the FAA warned, there’s still no timetable on the 737 MAX’s second act. 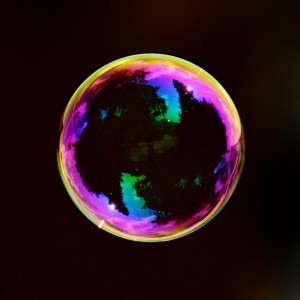 Financial speculator living in the hills in Los Angeles. J.D. but very much not a lawyer. Favorite trading books are anything written by Jack Schwager. Email:[email protected], Twitter: @bullishtulips